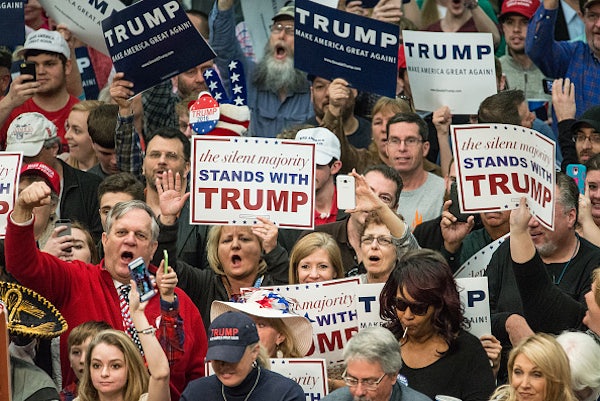 As the unsettling prospect of Trump winning the GOP presidential nomination sets in, a new genre of political writing has emerged that argues that the xenophobic demagogue beloved by a plurality of Republican voters was in fact created by the policies of President Obama. Ross Douthat made the conservative case for this in his New York Times column, which has now been echoed by centrist journalist Josh Kraushaar writing in National Journal. Kraushaar’s argument is that by using the Senate supermajority to push through Obamacare, the president provoked the polarization that first gave us the Tea Party and ultimately Donald Trump.

Of the many problems with Kraushaar’s argument, two stand out: It faults Obama for doing what he promised and it whitewashes the appeal of Trump. Obama ran on health care reform and it would’ve been a betrayal if he didn’t pass it during the brief window when Democrats held a 60-seat majority in the Senate. Politicians are often faulted for not keeping their promises, so it’s churlish to criticize one for doing what he said he was going to do.

Kraushaar also seems to have forgotten how Trump became a Republican hero. It was Trump’s embrace of birtherism in 2011, with all its racist implications, that made him popular with the GOP, to the point that Mitt Romney solicited Trump’s support in 2012. Trump’s birther origins suggest something far more disturbing than opposition to Obamacare is driving Trumpism.