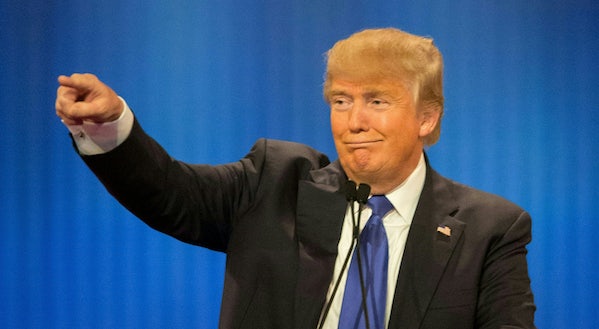 The narrative after Super Saturday was that Donald Trump was vulnerable for the first time. Ted Cruz’s victories in Maine and Kansas suggested that anti-Trump support was coalescing around him, not establishment favorite Marco Rubio or Prince of Light and Hope John Kasich. Not only that, but there was a growing sense that increased attacks on Donald Trump over the last couple of weeks, combined with the whole talking about his penis on national TV thing, had started to do serious damage, opening up a lane for one or more of his competitors.

Well, don’t call it a comeback, but Trump has won the Mississippi primary, where Ted Cruz looked to unseat him, and the primary in Michigan, where Kasich hoped to score an upset. Trump looks like he will win both states by more than ten points—in Mississippi, he may even clear 50 percent of the vote for the first time this cycle. Marco Rubio, who’s having an appalling night, is still combining with Cruz and Kasich to split the anti-Trump vote.

The results coming out of Michigan and Mississippi suggest that the Republican race hasn’t changed that much. Donald Trump is still the frontrunner and his opponents are still costing each other votes. Trump will presumably celebrate by biting into a delicious, well-done Trump Steak.