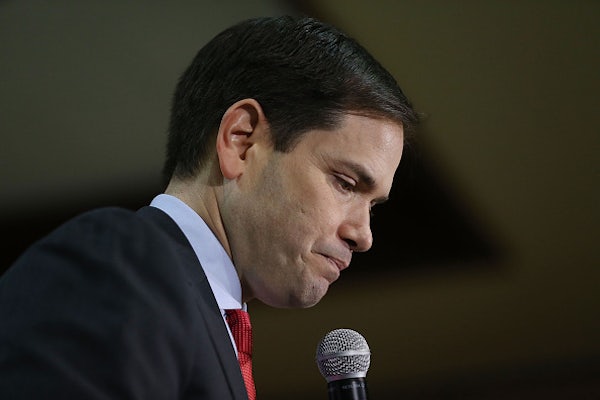 Marco Rubio is getting destroyed.

It’s early yet, but the great hope of the GOP establishment is already having such a bad night that, were it anyone else, he’d probably be dropping out of the race. He’s projected to come in fourth in both Michigan and Mississippi, with the possibility that he won’t win any delegates at all in either state. In Mississippi, at one point, he was even trailing Ben Carson, who dropped out of the race last week. John Kasich has only grown in popularity as the race has gone on, and at this point he might be in a better position to make the argument that Rubio should step aside so the establishment can unite around him.