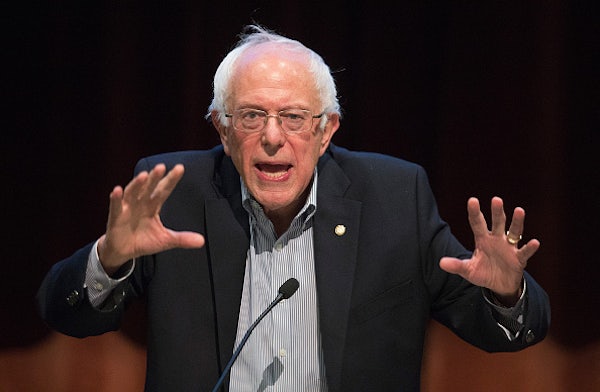 Would a President Sanders have supported the Wall Street bailout in 2008?

This, it seems to me, is the most relevant question emerging from a growing debate about whether Sanders voted against the auto bailout, as Hillary Clinton has alleged. The timeline goes like this: Sanders voted against George W. Bush’s emergency financial industry rescue plan (TARP) in the fall of 2008. Sanders then supported a separate package that would have funneled aid directly to Detroit’s ailing auto companies, but was blocked by Senate Republicans. Sanders then voted against the release of TARP funds in early 2009, when Barack Obama was in office, despite the fact that some of the funds were earmarked for the auto bailout.

The Sanders campaign is arguing that he was for the auto bailout, and against the Wall Street bailout. Fine. But this reminds us that Sanders would have preferred letting the banks go under. Given that the global financial system was on the brink of collapse at the time, this would have been a pretty risky move, to say the least. What would a President Sanders do if a similar situation arose in 2017?

(I’ve reached out to the Sanders campaign for comment, and will update once they do.)