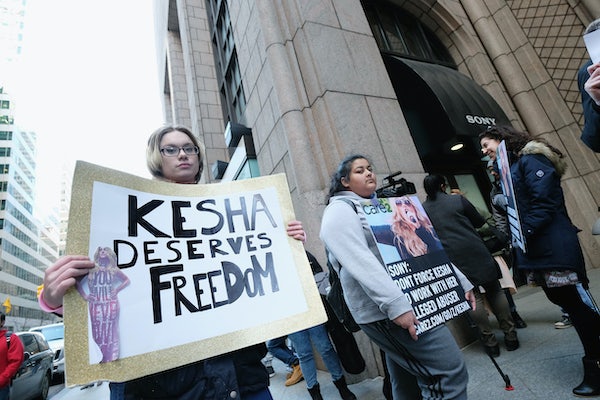 Sony Music may finally be getting rid of Dr. Luke.

After accusations of abuse and sexual assault and a drawn-out lawsuit brought by Kesha, The Wrap reports that Sony Music is looking for ways to terminate its contract with the well-known producer. Dr. Luke’s contract isn’t up until 2017, so it’s unclear exactly how Sony will get rid of the (not so) good doctor.

Although a judge has ruled that Kesha has no standing to terminate her contract with the record label, insiders say that Dr. Luke has become a “public relations headache” for the company. The lawsuit has also kept Kesha out of the recording studio for nearly four years, which means lost profits for the record label. With stars like Adele, Lady Gaga, and Kelly Clarkson all speaking up in defense of Kesha, it’s in Sony’s financial and ethical interests to cut ties with an alleged abuser.