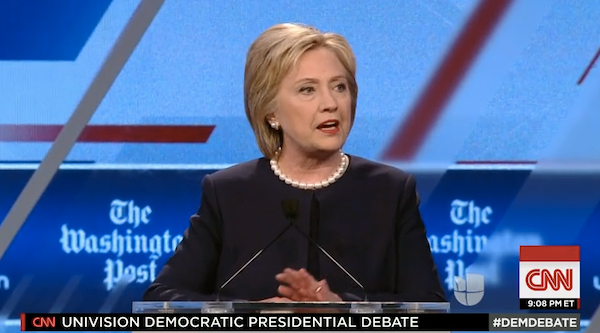 She has been using the word for a while now in response to Donald Trump’s notorious remarks about Mexican immigrants. “Basta!” she told the National Council of La Raza in July 2015. And “basta!” she declared at CNN’s Democratic debate tonight, in response to a question of whether Trump is racist. Clinton didn’t explicitly use the r-word to condemn Trump, but then again neither did Bernie Sanders. The b-word will have to do instead.