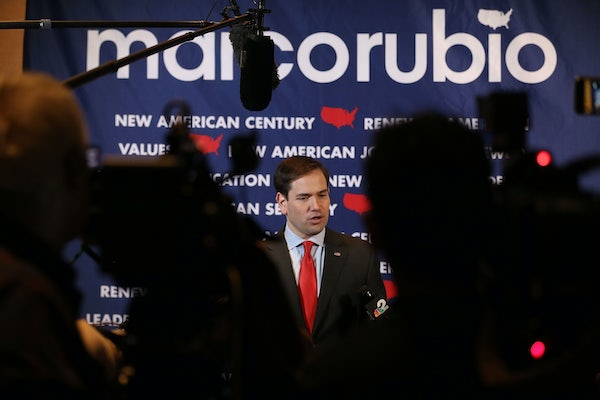 Even Marco Rubio’s kids are embarrassed by him.

The chastened senator from Florida told an MSNBC town hall last night that his strategy to taunt Donald Trump about his small hands not only backfired but brought shame upon his house. “My kids were embarrassed by it, and if I had to do it again I wouldn’t,” he said. This was Rubio essentially delivering to himself his best line of the campaign, that the only reason he stooped to Trump’s level was that someone convinced him that attacking Trump was going to help. The Washington Post reports that it instead discouraged his supporters, and “a cloud of fatalism now hovers over his campaign.” As one 70-year-old supporter told the Post: “I’ve been around for a long time. And you can smell the flop sweat.”