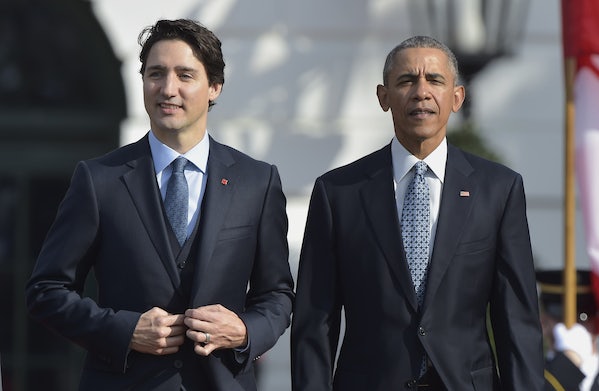 In conjunction with the Canadian prime minister’s visit to the U.S., the two leaders announced initiatives for both countries relating to methane and other greenhouse gas emissions, clean energy domestically and abroad, and Arctic conservation. In terms of bilateral collaboration on climate change, Trudeau’s election was as positive as environmentalists suspected.

In the wake of increased scrutiny over methane leaks, Trudeau and Obama committed to cut methane emissions by 40 to 45 percent below 2012 levels by 2025, and to begin more thorough regulation of emissions from existing oil and gas operations, which account for 29 percent of U.S. methane emissions.

The two will also endorse the World Bank’s Zero Routine Flaring by 2030 initiative, which aims to reduce flaring of natural gas at production sites, a practice that pours tons of CO2 into the air. The two countries reaffirmed that in 2016 both will adopt a Montreal Protocol hydroflurocarbon phasedown amendment, which could lower warming by half a degree by 2050. And the largely unregulated emissions from the aviation industry will have new carbon standards and a carbon offset measure in 2016.