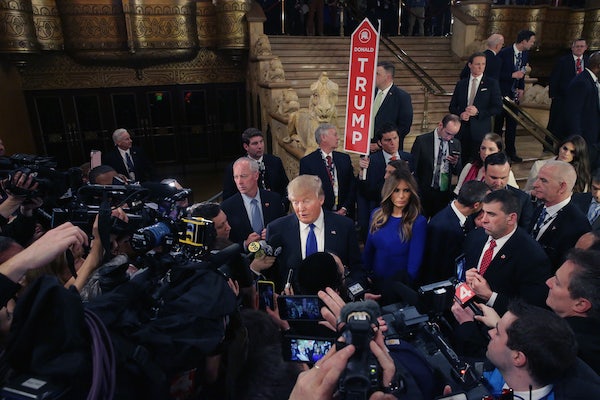 The Trump campaign is now accusing a reporter of making up an allegation of harassment.

According to eyewitnesses, Donald Trump’s campaign manager Corey Lewandowski nearly knocked Breitbart reporter Michelle Fields to the ground for having the gall to ask Trump a question. Following the incident, which the Trump campaign denies ever happened, many other reporters came to Fields’s defense. In response, Lewandowski has tried to smear Fields’s reputation.

Fields, for her part, has some pretty strong evidence:

The pathetic part is that her own employer, a big Trump supporter, could only muster a tepid, equivocating statement. Breitbart is only calling for an apology, instead of declaring all-out war. And Fields’s Breitbart colleague Patrick Howley went further still, casting doubt on Fields’s story. (Howley, at least, has been suspended.)