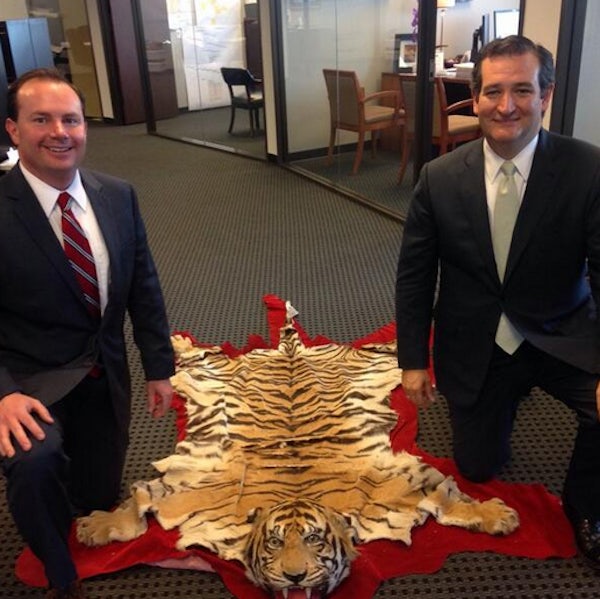 Ted Cruz has one friend, and even he thinks Cruz is a backstabber.

A fellow member of the Senate has finally endorsed Ted Cruz. Politico reports that Utah Republican Mike Lee will endorse Cruz in Miami on Thursday evening. Lee’s endorsement is likely to be Cruz’s only one from Senate colleagues for a little while. Although the Donald Trump burn book the National Review reported earlier this week that Cruz was expecting the endorsements of at least four senators, it quickly walked that number back to one.

But before you rejoice that Ted Cruz, Washington’s loneliest man, has finally found a friend, remember this. When Lee proposed a bipartisan criminal defense bill that was supported by both the Koch brothers and the ACLU, Cruz stood before the Senate and decried the bill for something it didn’t do: releasing violent criminals from prison early. Lee, who was given no advance warning, was understandably horrified: He may have endorsed Cruz, but that doesn’t mean he’s forgiven him.