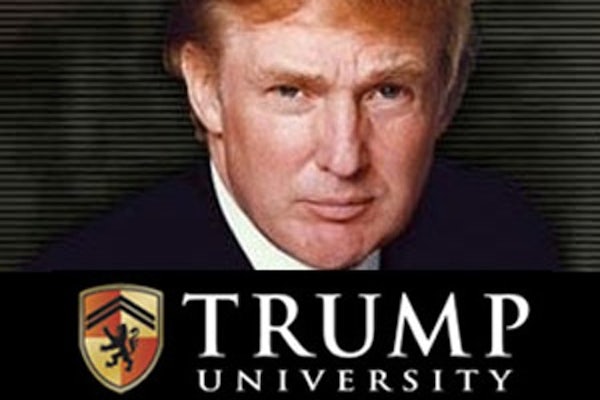 Those positive reviews for Trump University were reportedly coerced.

In the ongoing litigation against Donald Trump’s for-profit school that promised to teach its students the ins and outs of the real estate business (for a hefty price), the university’s 98 percent level of student satisfaction has been brought into question. According to The New York Times, many students were pressured to give good reviews by the teachers whose jobs depended on them. One former student said that his teacher told him, without a positive review, “Mr. Trump might not invite me back to teach again.” Another recalled his teacher standing in front of him, saying, “I won’t leave until you give me all 5s.”

The good reviews were integral to the university’s efforts to bring more students in. And Trump is now using the reviews to defend himself against claims that his school was basically a giant scam. They were “beautiful statements,” he has said. The question is whether he used his big, beautiful hands to squeeze these beautiful statements out of his students.