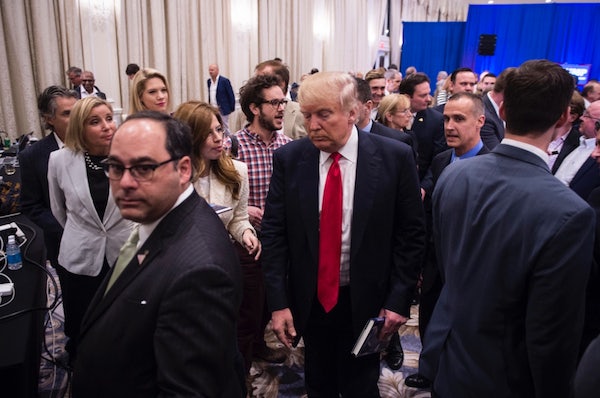 It has already gone to great lengths to explain away the physical encounter political reporter Michelle Fields had with Donald Trump’s campaign manager during an event in Florida this week.

On Friday Breitbart went further still, publishing a story suggesting Fields’s own account of what transpired is wrong. The article is based on a series of photographs and screen-shots from a video taken moments before Corey Lewandowski is shown forcefully grabbing Fields’s arm and nearly dragging her to the ground. Fields shared a photograph of her badly bruised arm, but as Breitbart’s Joel Pollak explains, “The injury may have been accidental.” Meanwhile, Politico reports that Fields has filed criminal charges against Lewandowski.

Breitbart stopped short of calling Fields a liar—though some of Breitbart’s reporters had no such reservations—and instead placed most of the blame on Washington Post reporter Ben Terris, who witnessed the incident and identified Lewandowski as the perpetrator.