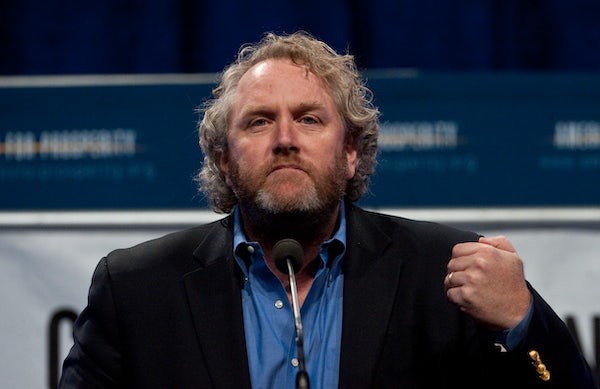 The Trumpian meltdown and freakshow at Breitbart is a fulfillment of its founder’s legacy.

The right-wing website, which has emerged as one of Donald Trump’s chief journalistic allies, is now caught up in the sort of nasty public collapse that seems to break out in any enterprise associated with the Republican front-runner.

In the aftermath of Trump campaign manager Corey Lewandowski allegedly manhandling Breitbart reporter Michelle Fields, Fields has resigned, saying, “I do not believe Breitbart News has adequately stood by me during the events of the past week.” Editor-at-large Ben Shapiro has also resigned, saying that Breitbart has become “Trump’s personal Pravda” and that the legacy of the late founding editor Andrew Breitbart has been “betrayed.”

Trump is a contemptible politician and Breitbart has been a sordid organ of propaganda on his behalf. Still, Shapiro’s unctuous piety towards Andrew Breitbart shows how compromised the ex-Breitbartians are. The fact is Andrew Breitbart made his name out of sowing racial resentment in the early years of the Obama administration, most famously by using a dishonestly edited tape to defame Shirley Sherrod.

Andrew Breitbart died in 2012 but it’s hardly an accident that his site has emerged as Trump’s chief cheerleader. The type of white identity politics that Breitbart loved stoking was the immediate precursor to Trumpism. Those leaving Breitbart now don’t mind the site’s long history of defamation and dishonesty—they only object to the fact that, for once, the target was close to home.