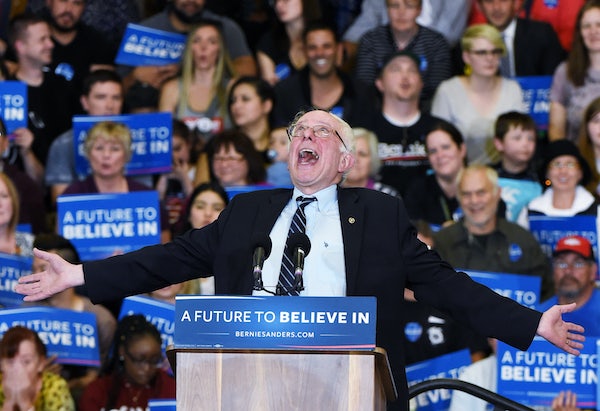 Bernie Sanders is looking for some momentum. He may end up in a slog.

Even if Sanders pulls out wins in Ohio, Missouri, and Illinois, as long as Hillary Clinton prevails in North Carolina and Florida (which she almost certainly will) she’ll still possess a significant delegate lead. In fact, she’ll probably expand her lead. The Democratic presidential race, in terms of delegate math, shouldn’t look substantially different on March 16 than it does on March 15.

However, Sanders is headed into a very favorable stretch of the election. Over the next three weeks, he has a chance to win seven primaries and Hillary only leads in one state—Arizona—that votes before New York goes to the polls on April 9. Most of these states are minor prizes—the biggest state that will vote in that period is Washington—and since delegates are awarded proportionally, Clinton will continue to pad her delegate count. But if Sanders can rack up an upset or two tonight, Super Super Tuesday (or whatever we’re calling this thing) could be the beginning of a nice little run for Sanders. More importantly, he could start building momentum toward moving the needle in states like New York and California.