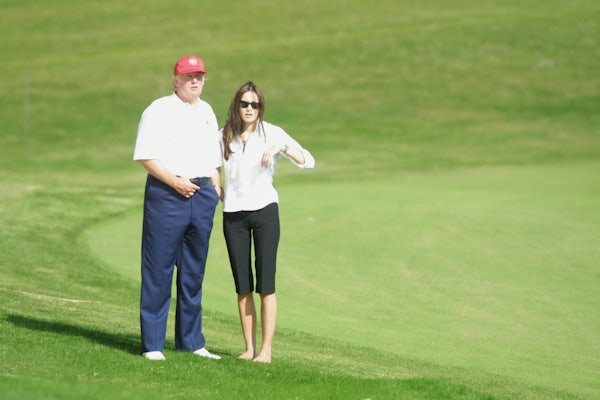 The case of the Trumpless ballots in Florida is the perfect Trump story.

The Florida Secretary of State’s office was forced to explain how primary voting works in the state on Tuesday. Donald Trump had tweeted, “A lot of complaints from people saying my name is not on the ballot in various places in Florida? Hope this is false.” As usual, Trump didn’t do a lot of fact-checking before tweeting. Florida has a closed primary. If you don’t request a Republican ballot, you can’t vote for Trump. An independent ballot will be Trumpless.

This story is a micro-version of the whole primary. First, Trump’s Twitter feed is powerful, even if it’s not always tethered to reality. Second, many of Trump’s supporters are infrequent voters who perhaps do not follow political news closely and so do not know how to get the right ballot. Third, those low-information voters are actually going to the polls—an anecdotal but chilling sign this guy could actually win this thing.