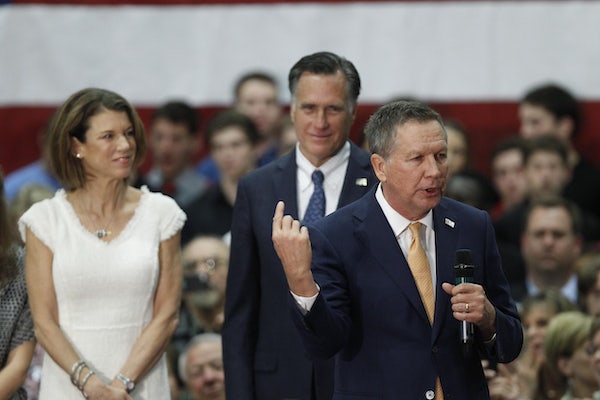 John Kasich is now the heir presumptive of the establishment crown. But can he win outside Ohio?

His victory in Ohio tonight was even stronger than expected. In the most recent polls, Kasich was leading by five points. He beat those projections Tuesday: With 19 percent of precincts reporting, Kasich was winning 43 percent to Donald Trump’s 34 percent.

With Marco Rubio suspending his campaign, telling a Miami crowd that “this may not have been the year for our hopeful and optimistic message,” Kasich is the only credible establishment contender left in the race. By process of elimination, the Ohio governor will become the standard bearer for the Republican establishment, and the establishment, in turn, may have to overlook his flaws as a candidate—he lacks Jeb Bush’s deep pockets and Rubio’s photogenic panache—to do all it can to make sure he has a shot at a brokered convention.

But even after winning all 66 Ohio delegates, his path to the nomination is far from clear. He has yet to prove he can win contests outside his home state.