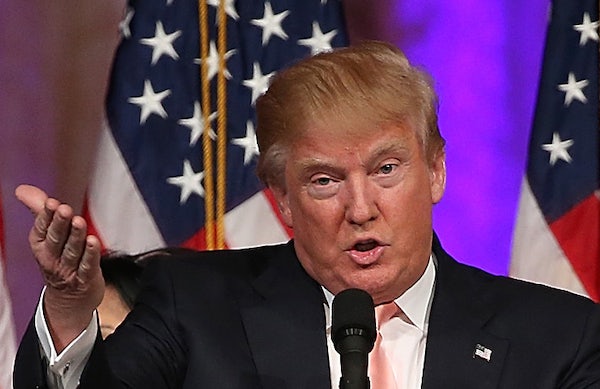 Donald Trump cannot be happy if he doesn’t win absolutely everything.

Despite crushing Marco Rubio in Florida and forcing him out of the race, Trump’s mood was a little meh on Tuesday night. He was off his game. “We need the rich in order to make the great again, I’m sorry to tell you,” he said, and the crowd was a little confused. “We’re gonna win, win, win,” he said at the end, more as if it were a chore than his reason for living.

Why wasn’t Trump psyched? We can guess based on election nights past. On the nights he wins everything, he’s jubilant. When he has a good night, but loses a state or two, he is, in his words, low energy. Though Trump brags about his negotiating skills, he clearly can’t stand the smallest concessions. Just after the networks declared he’d won Florida, he tweeted another complaint about Fox News’s Megyn Kelly.