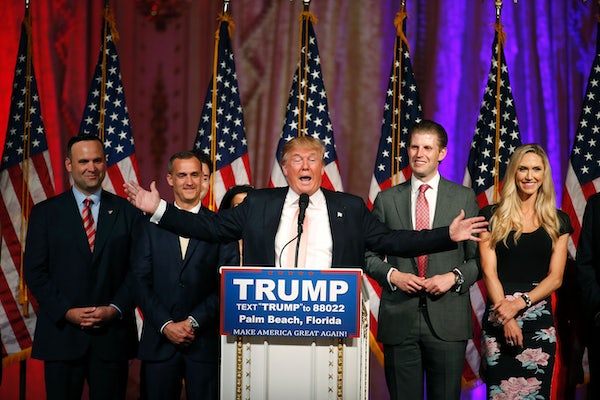 He told Fox and Friends that he won’t participate in the Republican debate on Fox News on Monday, claiming that he didn’t even know about it and that he has another event to attend. On CNN, he dismissed threats of a brokered convention with a threat of his own, saying, “You’d have riots.” He added, “I’m a closer, I get things closed.” Speaking with his friends at Morning Joe, he addressed concerns about his total lack of a foreign policy team by saying, “I’m speaking with myself on foreign policy,” because “I have a very good brain and I’ve said a lot of things.” All in all, it looks like Trump is just about done with this presidential nomination business and wants his prize.