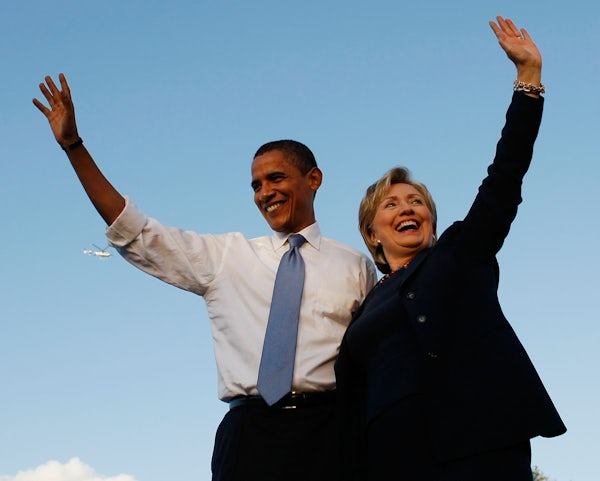 Obama thinks it’s all over for Bernie Sanders.

According to The New York Times, at a private Democratic National Committee fundraising event, Obama told attendees that the Sanders moment is just about up and that it’s time to back Hillary Clinton. While the article emphasizes that the president did not explicitly say Sanders should drop out of the race, he heavily suggested that a continuing Sanders campaign would only help Republicans come November.

While it seems highly unlikely that Sanders will win the nomination, there are a number of other reasons why it might be beneficial for him to stay in the race. As the New Republic’s Jeet Heer argues, Sanders pulls Clinton to the left on economic issues, encouraging her to try to win over white working-class voters who might be attracted to Trump’s populism. David Dayen notes that Clinton herself stayed in the race in 2008 because she owed it to her supporters—Sanders may feel the same way. Moreover, the delegates that Sanders does win can help shape the party platform at the convention.

Until now, Sanders has noted that Obama has taken great pains to remain neutral in a race where he has much tighter connections to Clinton. It seems that those scales are beginning to tip.