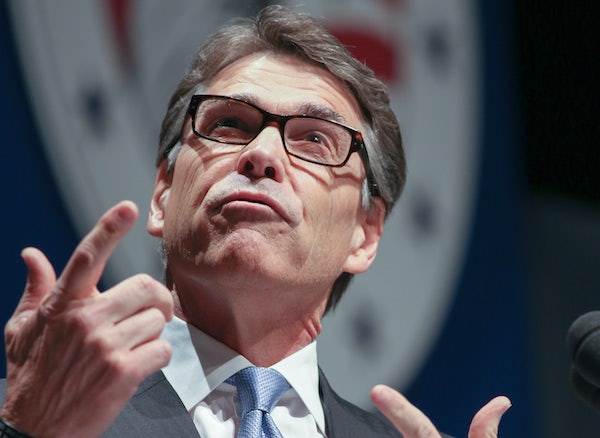 The anti-Trump plan to launch a third-party bid has one fatal flaw.

It’s that the #NeverTrump partisans haven’t come up with a credible candidate to take him on. According to a Times story published this weekend, former Texas Governor Rick Perry has been floated as a leading contender, even though Perry has already flamed out of two presidential primary contests after failing to gain traction with Republican voters. Set aside his “oops” moment in 2012—the real reason he was never a serious threat was because Mitt Romney strafed him from the right on his relatively dovish position on immigration. Perry also was one of the few candidates in 2016 to criticize Trump, to precisely zero effect. Trump responded with a typically cutting ad hominem attack, saying Perry wears glasses “so people think he’s smart.” This is the man a dissatisfied Republican electorate is supposed to rally around?

The other name floated was former Oklahoma Senator Tom Coburn, who left the Senate to undergo treatment for cancer. Coburn told the Times that he would support an independent candidate, but “I don’t expect that person to be me.”