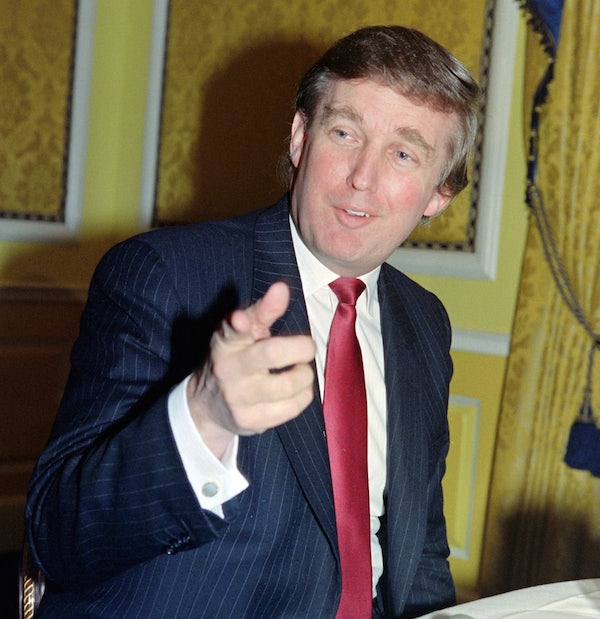 Did Donald Trump name his son after his fake spokesperson?

When reporters called Trump in the 1980s about Trump Castle or his other real estate ventures, they were often answered by Trump’s spokesperson, John Barron. But Barron wasn’t an employee of the Trump’s organization—in fact, he didn’t exist. Barron was Trump, who was using the fake identity to hide from reporters and seem important.

As The Washington Post’s Callum Borchers writes, Trump’s “use of an assumed name runs counter to the persona he has crafted as the leading Republican candidate for president—one of an unfiltered, politically incorrect maverick who is unafraid to say anything. It suggests that the billionaire real estate mogul is—or, at least, was—not so bold as he likes to present himself.” And in November, Vice’s John Surico wrote that Barron was “the billionaire businessman’s first foray into media manipulation, a strategy the Republican presidential frontrunner has mastered, with his Twitter rants, his widely-publicized feuds—with networks, candidates, famous women, the people of Mexico—and his frequent threats against anyone who tries to discredit his personal narrative.”

But the strangest part of this strange history is the fact that Trump named his third son Barron. Trump biographer Michael D’Antonio told Vice that the name may be in reference to Barron Hilton, but it seems just as plausible that Trump named him after his fake spokesperson.