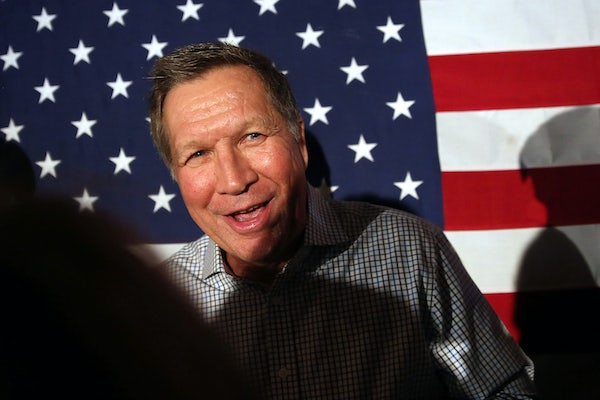 Will John Kasich play spoiler for Ted Cruz in Utah?

Donald Trump is heavily favored to win Arizona, a winner-take-all state, and should end the evening with all 58 of its delegates. I say should because Rubio dropping out of the race has confused some of the polling, and also because this is 2016 and everything is completely insane. But Trump should win handily.

Utah may be more interesting though. Utah Republican voters really don’t seem to like Donald Trump, because 90 percent of Utah Republican voters are Mormons and Mormons really do not like Trump. Ted Cruz is currently a heavy, heavy favorite to win the state after Marco Rubio, who had been leading in the Utah polls, dropped out, but it’s easy to imagine a situation where John Kasich captures a quarter or more of the electorate, knocking Cruz below the majority threshold.

That could be a problem for Cruz. Utah also has a winner-take-all rule, but to trigger it you have to win at least 50 percent of the vote. As FiveThirtyEight’s Harry Enten points out, Cruz’s chances are good: “The only poll taken in Utah after Rubio’s exit, by Y2 Analytics, has Cruz at 53 percent to John Kasich’s 29 percent to Trump’s 11 percent. If Cruz doesn’t get more than 50 percent, the state will split its 40 delegates proportionally among all the candidates.” But if Kasich plays spoiler, it’ll be costly for Cruz, who needs every delegate he can get.

American Samoa is also voting, but its delegates are unbound, so who cares?