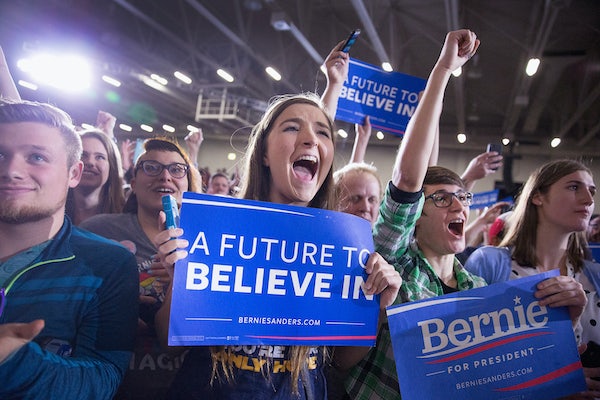 His resounding victories in Washington, Hawaii, and Alaska will help him blunt the argument that the race is all but over. In each state his victory was impressive: He received 73 percent of the vote in Washington and 72 percent in Alaska. In Hawaii, he won at least 70 percent of the vote. “Don’t let anybody tell you we can’t win the nomination or win the general election,” Sanders told a jubilant crowd in Washington state. “We’re going to do both those things.”

Sanders still has a rational for continuing his insurgent campaign. Yet the stark reality of the math remains. Clinton has a lead among both the pledged delegates (Clinton 1243, Sanders 975) and super delegates (Clinton 469, Sanders 29). This means that Sanders has to catch up by more than six hundred delegates, which can only be done by winning landslide majorities in the remaining states. Barring an unforeseen event, Clinton still has a lock on the win.