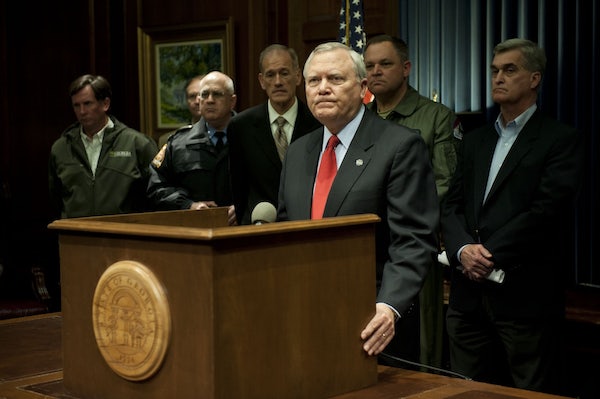 In prepared remarks, Gov. Nathan Deal said the bill “doesn’t reflect the character of our state or the character of its people.” Republicans in the state legislature have sought similar bills for years, and have already promised to reintroduce a similar bill in the next session.

Ever since the legislature sent HB 757 to Deal’s desk two weeks ago, major corporations have threatened to boycott the state if the bill—which grants residents the right to discriminate against the LGBT community under the guise of “religious freedom”—was signed into law.

Disney announced it would no longer allow its movies to be filmed in the state, the NFL said Atlanta would no longer be considered as a possible site for a future Super Bowl, and the NCAA threatened to move all conference championship games out of the state.