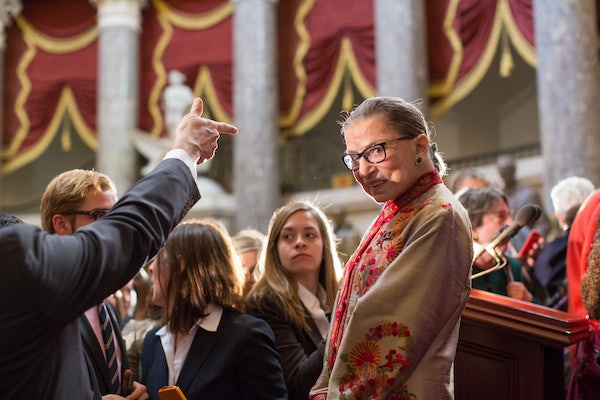 Ruth Bader Ginsburg to preside over Venice vs. Shylock.

The city’s Jewish Ghetto is one of Europe’s oldest neighborhoods, established in 1516 after a ruling that “Jews ought to live separately from Christians.” Five hundred years later, justice at last will be administered swiftly and fairly in the district, as thespian and part-time jurist Dame Ruth Bader Ginsburg will dazzle audiences with her most beloved Shakespearean character:

On Tuesday, the ghetto will begin the celebration of its 500th anniversary. There will be nine months of events, including a concert at the Teatro La Fenice opera house and a production of Shakespeare’s “The Merchant of Venice,” with U.S. Supreme Court Justice Ruth Bader Ginsburg as a guest star, presiding over Shylock’s trial.

While the role was created especially for her, it is likely Dame Ruth will grace us with the silence characteristic of fellow thespian Sir Clarence, as the trial takes place in the court of the Duke of Venice, and it is the Duke who dispenses judgement.