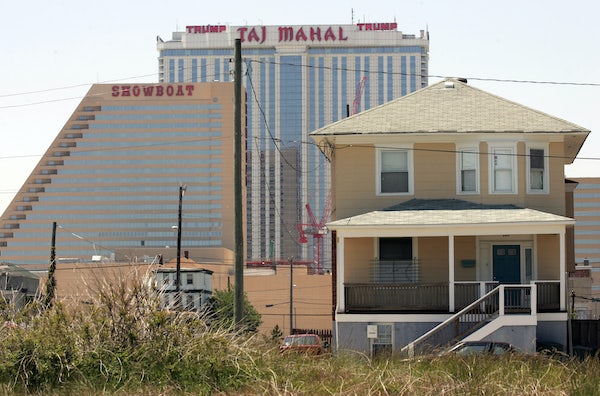 Twenty-nine of Lee’s letters will be auctioned this week and, while all of the letters are notable for shining a light on Lee’s largely private personal life, one in particular stands out.

In a letter written on August 25, 1990, to her friend Doris Leapard, Lee discusses taking friends who were visiting her in New York to Atlantic City, where they went to Trump’s Taj Mahal casino. “The worst punishment God can devise for this sinner is to make her spirit reside eternally at the Trump Taj Mahal in Atlantic City,” Lee wrote. You can read the full text of Lee’s letter here.

Lee was an early visitor to the Taj Mahal, which opened in April 2, 1990. Donald Trump no longer owns the casino, however. It was purchased by Trump’s friend Carl Icahn last month after Trump Entertainment Resorts filed for Chapter 11 bankruptcy.