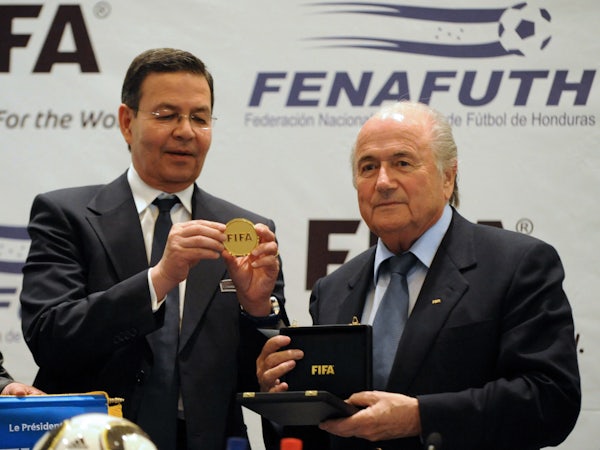 The former president of Honduras has admitted to taking bribes in the FIFA scandal.

Rafael Callejas, who was president of the Central American country from 1990 to 1994 and later headed the country’s soccer federation, in December pled not guilty to charges of participating in a multi-million dollar bribery conspiracy. At the time, he told the Honduran press: “I didn’t take a single dollar from FENAFUTH,” Honduras’s soccer federation. “Those who know me are confident that I will come out of this a free man.”

Though new FIFA President Gianni Infantino has acknowledged that officials from his organization did take bribes, Callejas is one of the most high-profile defendants to admit his crimes to date, and his actions could lead to more confessions. He is one of 41 soccer officials charged with a scheme to extort over $200 million in bribes over 24 years for the media and marketing rights of World Cup tournaments. About a third have pled guilty thus far.