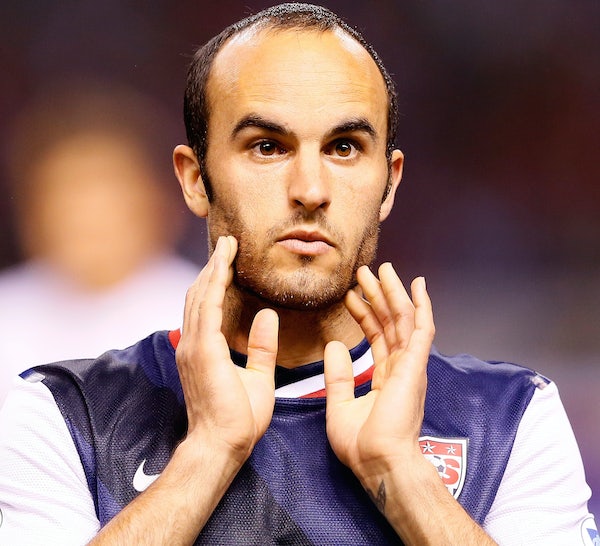 Spending nine months in the womb with a woman doesn’t mean you’re not sexist, Landon Donovan.

After five members of the U.S. Women’s National Team filed a complaint against U.S. Soccer today with the Equal Employment Opportunity Commission over equal pay, former men’s star Landon Donovan took to Twitter to discuss the women’s case. Donovan’s argument is a common one: Men’s sports are generally more popular than women’s, thereby generating more revenue and more income for the players. In the USWNT’s case, however, the team generated nearly $20 million more revenue last year, when it won the World Cup,than the men’s team, but was still paid four times less.

When accused of sexism, Donovan had the following response:

Okay, Landon, we all know how petulant you can be, but this is ridiculous. Having a twin sister is even less valid of an excuse than “but so many of my friends are women” or “I have daughters.” You can choose your friends, and you can kind of choose whether or not to have a child, but you have absolutely no control over who you spend your time with in utero (if anyone at all!).

And if there’s something that might piss the three-time world champion women off more than, you know, being paid four times less than their male counterparts, it just might be being told what to do by those same men, whose best result at the World Cup—ever—was third place... in 1930.