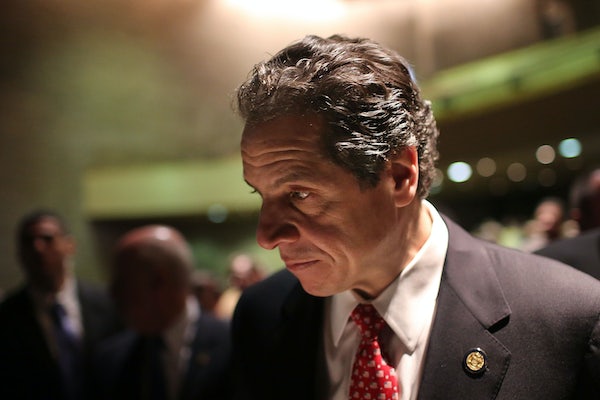 Is Andrew Cuomo the change liberals have been looking for?

That question is meant to be something of a joke. It’s hard to think of a less beloved figure in Democratic politics, whether it’s because of his apparent preference for working with Republicans, his tax cuts for the wealthy at the expense of services for the non-wealthy, or his brazen interference in the work of his own anti-corruption commission. His feuds with the progressive New York City Mayor Bill de Blasio are becoming the stuff of political legend.

But with news that Cuomo has secured a deal to give 12 weeks of paid family leave to employees and raise the minimum wage in New York to $15, he has proved, not for the first time, that he can translate big progressive goals into reality. The deal comes with all kinds of caveats. The minimum wage bump will be phased in at a super slow rate in some areas of the state, and the whole project could be suspended if analysts in Cuomo’s office deem that it is having a negative economic impact. Critics will say the deal could very well end up entrenching a low minimum wage. Naturally, there’s also a huge tax cut attached.

But to get Republicans to sign off on a $15 minimum wage and paid leave is no small feat, and it follows major, groundbreaking legislation to legalize same sex marriage and strengthen gun control. Cuomo’s achievements come at an especially interesting time, as Bernie Sanders and Hillary Clinton argue about the best way to enact a liberal agenda. Cuomo’s approach is absolutely Clinton-esque, messy and just a tad infuriating. Will Democrats buy it?