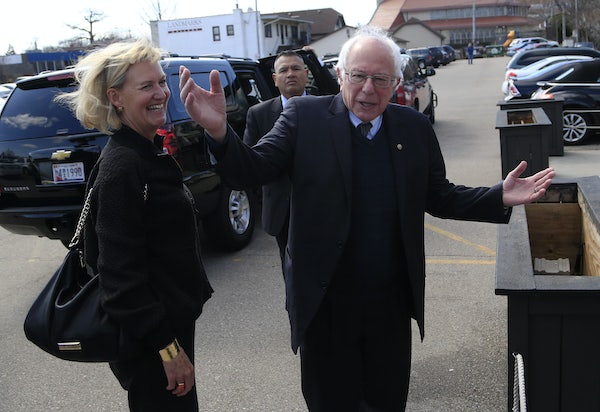 Wisconsin won’t really help Bernie Sanders cut into Hillary Clinton’s delegate lead, but that doesn’t mean it isn’t a crucial state for him.

Earlier today Clinton’s campaign manager Robby Mook took to Medium to rev up the base. But, while most of Mook’s post was cheerleading—What else would you expect?—this point about Clinton’s delegate lead is crucial:

Hillary Clinton has a lead of nearly 230 pledged delegates —and with each passing week, it’s becoming increasingly unlikely that Senator Sanders will be able to catch up. In order to do so, Sanders has to win the four remaining delegate-rich primaries —  New York, Pennsylvania, California, and New Jersey — with roughly 60 percent of the vote. To put that in perspective: Sanders has thus far won only two primaries with that margin: Vermont and New Hampshire.

To call Clinton’s delegate lead commanding would be an understatement. And, because the Democrats award their delegates proportionally, Bernie Sanders is not going to substantially cut into that lead tonight, even if he were to win by fifty points, which he won’t. (He’s currently up by a few points in the polls.) But that doesn’t mean that the state isn’t important. For the next two weeks, all eyes will be on New York, which votes on April 19. Sanders absolutely needs to win New York to continue to argue that he’s a viable contender for the nomination, and going into that state having won seven of the last eight primary contests certainly helps his case there, even if those wins haven’t really cut into Clinton’s delegate lead.