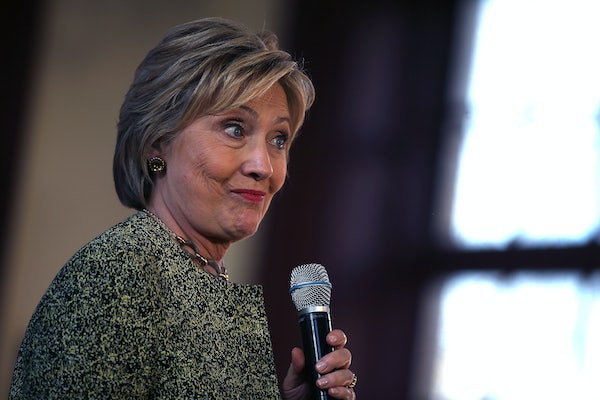 Donald Trump has come up with his Clinton nickname: “Crooked Hillary.”

It is simple, fairly obvious, and has the potential to be effective, as all his nicknames have been, from Lyin’ Ted to Little Marco to Low Energy Jeb. Trump unveiled the nickname at a rally in Watertown, New York, on Saturday, focusing on Clinton’s ties to moneyed interests, as her Democratic primary opponent Bernie Sanders has done. He followed up on Twitter: