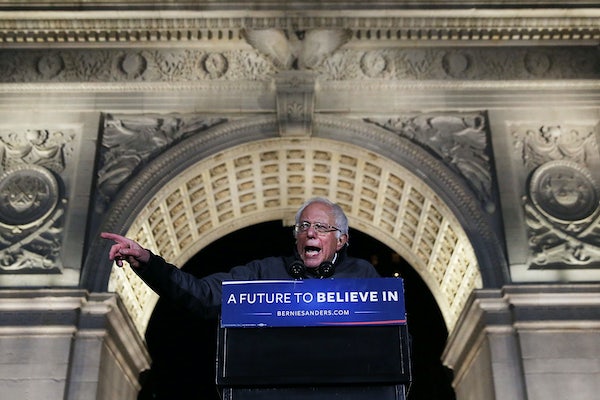 The Democratic candidate has to perform well Tuesday to be viable in the few remaining states. It’s an uphill battle: New York is a closed primary, and Sanders tends to do well with independents. Plus, many recent Sanders converts won’t get to vote because the deadline to register as a Democrat was last fall.

The polling must be frustrating for Sanders. He’s closing in on the national polls, and Nate Silvers persuasively argues that Sanders has been experiencing a genuine upswing, outperforming expectations in recent primaries. Perhaps that frustration explains the harsher turn his campaign has taken recently against Hillary Clinton. Sanders supporters have picketed her fundraising events, and last weekend hurled 1,000 dollar bills at her motorcade.

A surprise win in New York would revitalize Sanders’s campaign, but a loss would raise the question: Should the Sanders camp go down in angry defiance, or move quickly to rally around Clinton as the presumptive winner?