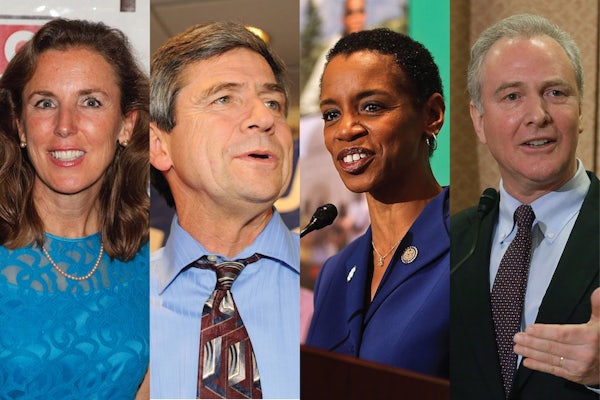 Pennsylvania and Maryland are among five states holding primaries on Tuesday, but with Clinton comfortably ahead in the polls, the biggest races in both states are for the Senate.

In Pennsylvania, frontrunner Joe Sestak is trying to hold off the rapid ascension of Katie McGinty, a former federal environmental policy official and favorite of Democratic party insiders, including President Barack Obama. Sestak was the party’s nominee in 2010 after beating turncoat Arlen Specter in the primary, but narrowly lost to Pat Toomey in the general. He still has a slight edge in the polls, but McGinty has cut deeply into his lead in the last month, even overtaking him in one recent poll.

The race in Maryland is even more cutthroat. Reps. Donna Edwards and Chris Van Hollen, two progressive members of the state’s congressional delegation, have split the party’s loyalties in half. Van Hollen, a former chair of the DCCC, has the backing of many party insiders, but Edwards has attracted support from key elected officials like Senator Kirsten Gillibrand, as well as groups like EMILY’s List and Democracy for America. Polls have given Van Hollen an edge for most of the race, but many expect a razor-thin margin on election night.

Perhaps the only thing uniting all four Democrats vying for the two senate seats? Their support for Hillary Clinton over the years.