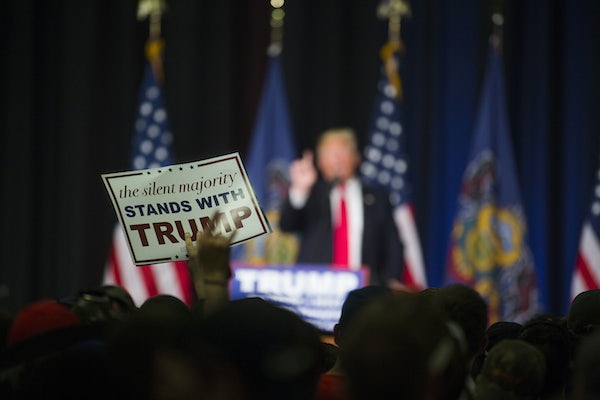 Donald Trump is doing so much winning.

As soon as the polls closed on Tuesday, he was projected the winner of Pennsylvania, Connecticut, and Maryland. Pennsylvania, in particular, offers a microcosm of the state of the race. He is only guaranteed the 17 delegates Pennsylvania awards to the winner of the statewide vote, leaving 54 unbound delegates who can go with whichever candidate they please. But as Trump continues to dominate, leaving the last doubts surrounding his campaign far behind in Wisconsin, it’s going to be very difficult for Republicans to justify denying him the nomination. According to exit polls from Pennsylvania, he won among moderate Republicans (58 percent), somewhat conservative Republicans (63 percent), and very conservative Republicans (48 percent, besting Ted Cruz by five points). It’s hard to argue that there’s a credible alternative to a guy who’s winning landslide votes in important states.

Update: Trump has been declared the winner of Rhode Island.

Update: Trump has been declared the winner of Delaware. A clean sweep.