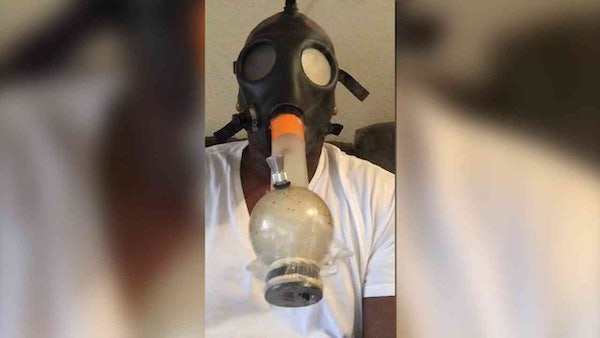 Viewers of the NFL Draft watched a cyber attack unfold on live TV.

Laremy Tunsil was one of the most coveted players heading into Thursday’s draft. The offensive tackle out of Ole Miss was expected to be one of the first players selected, with some projecting him as a possible first overall pick.

But minutes before the draft began, a video appeared on Tunsil’s verified Twitter account of him getting blazed using a gas mask. The tweet quickly disappeared, but not before it had ricocheted across social media. Marijuana remains strictly forbidden by the NFL, punishable by suspension and heavy fines. By the time teams started making their picks, the video was everywhere and multiple teams passed on Tunsil, costing him millions.

And then his night got really bad. After he was picked by the Miami Dolphins, he appeared on ESPN Radio for an interview and learned in real time that someone had posted screenshots to his personal Instagram account of him asking for rent money from his college coaches, a blatant violation of the NCAA’s rules governing compensation for athletes. After initially denying the authenticity of those messages, Tunsil admitted to taking money from his Ole Miss coaches.

None of the damning posts were uploaded by Tunsil himself, meaning someone was able to gain access to his verified social media accounts and use them against him under the bright lights and live cameras of the NFL Draft.