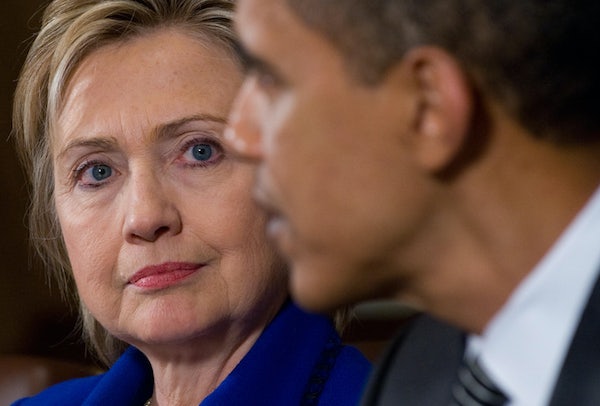 Writing in the New Republic today, Emma Foehringer Merchant hones in on the remark Clinton made in March that may play a big part in handing Bernie Sanders a victory today in West Virginia: “We’re going to put a lot of coal miners and coal companies out of business.” It was a classic Clinton gaffe, an attempt to assuage environmentalists that spilled into overcompensation. And now a lot of West Virginians are mad. But that’s not the whole story.

As Foehringer Merchant points out, Bernie Sanders’s position on coal is very similar to Clinton’s. He may have a more worker-friendly platform, but this is not enough to explain the precipitous decline of Clinton’s popularity in a state where she crushed Barack Obama in 2008. As recently as 2013, some Democratic officials believed that Clinton could win West Virginia in the general election.

Clinton’s unpopularity has to be seen in the broader context of West Virginian politics, which has grown a deep shade of red in the Obama years. Obama is so unpopular that he lost ten counties in West Virginia in the 2012 primary to a guy in prison. “No state has lower approval ratings for the president than West Virginia,” Philip Bump pointed out in February. And unlike embattled Democrats in West Virginia, Clinton has embraced Obama’s legacy and diverse coalition.

Whether the animosity toward Obama is rooted in race (the state is 93 percent non-Hispanic white), the state’s cultural conservatism, or its economic hardships is difficult to parse. But there’s a lot going on here, and not all of it has to do with coal.