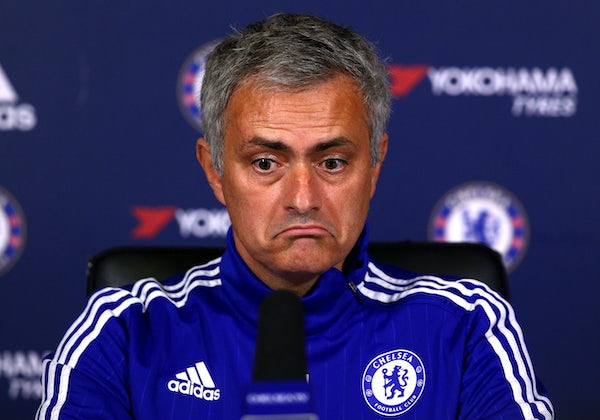 The concept of Manchester United has lost all meaning.

There was a time not so long ago when soccer fans took team integrity seriously. Back in 2010, when Wayne Rooney was considering taking his talents to United’s crosstown rival Manchester City, a few dozen United supporters in balaclavas showed up at his home with a big banner that read, “If you join City you’re dead.” Perhaps even more chilling was the severed pig’s head that was thrown at the feet of Luis Figo in 2002, when he returned to Camp Nou after joining Barcelona’s arch-nemesis Real Madrid.

This is in no way to condone terrible behavior. It is to note that the world of soccer has come a long way since then, to the point that Jose Mourinho, once bitterly loathed by United fans, can waltz into Old Trafford and it’s just the way the world works. Louis van Gaal revealed himself to be a demented despot, and no one is sad to see him go even if he did secure an FA Cup victory. But for a team to exist in any meaningful sense it must have some semblance of an identity. It was weird enough when Arsenal’s longtime striker Robin Van Persie moved to United in 2012. Mourinho, who made his name at Chelsea, has always been everything Manchester United isn’t, the anti-United. The only way this makes any sense is if Manchester United, metaphysically speaking, no longer exists.