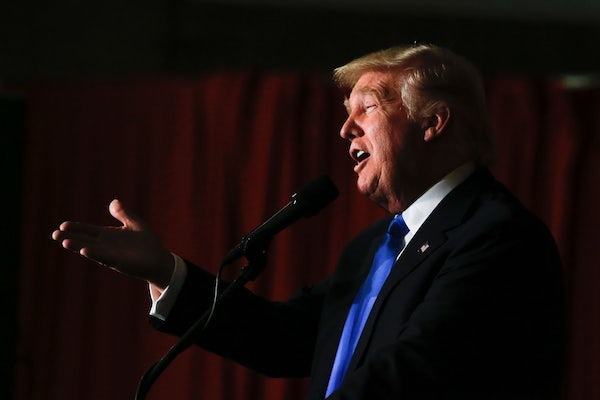 Donald Trump suggests Hillary Clinton might be a murderer—and no one bats an eye.

As The Washington Post reported last night, the presumptive Republican nominee is reviving many of the conspiracy theories that surrounded the Clintons in the 1990s. Trump is receptive to the idea that Vince Foster, the Clinton aide who killed himself in 1993, might have been murdered:

When asked in an interview last week about the Foster case, Trump dealt with it as he has with many edgy topics—raising doubts about the official version of events even as he says he does not plan to talk about it on the campaign trail.

“He had intimate knowledge of what was going on,” Trump said, speaking of Foster’s relationship with the Clintons at the time. “He knew everything that was going on, and then all of a sudden he committed suicide.”

What’s newsworthy about this story is how banal it is: Trump has embraced so many conspiracy theories (Ted Cruz’s father was involved in the Kennedy assassination! Obama was born in Kenya! Climate change is a hoax invented by the Chinese!) that this is just another brick in the wall. The presidential candidate of a major party is accusing his likely rival of being a killer, and the nation can barely hold back a yawn. The Republican electorate has not only voted for Trump in 2016, but also normalized him.