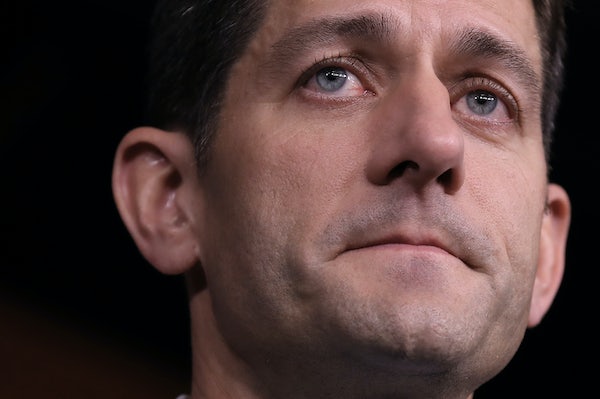 Paul Ryan had nowhere to go but Trump.

The speaker of the House on Thursday published an editorial in his hometown newspaper, the Wisconsin Gazette, announcing that he will vote for Trump for president in November. Ryan’s communications director later confirmed that this was, in effect, an endorsement, which came just as Hillary Clinton delivered a major foreign policy speech on the danger Trump poses to America and the world.

Trump’s populist, nativist agenda is at odds with Ryan’s, which mostly involves cutting benefits for the impoverished and the elderly and making Atlas Shrugged the Official Book of the United States. The initial read on the situation was that Ryan was making a bold stand for his Rand-ian brand of conservatism. Then maybe it was that he was trying to have it both ways, supporting Trump tepidly enough that it wouldn’t hurt his own political ambitions. At the very least, perhaps Ryan could extract some concessions from Trump on entitlement reform. But now it appears that Ryan simply painted himself into a corner—and his only way out was to capitulate to Trump while Hillary Clinton was laying into him all over cable television.