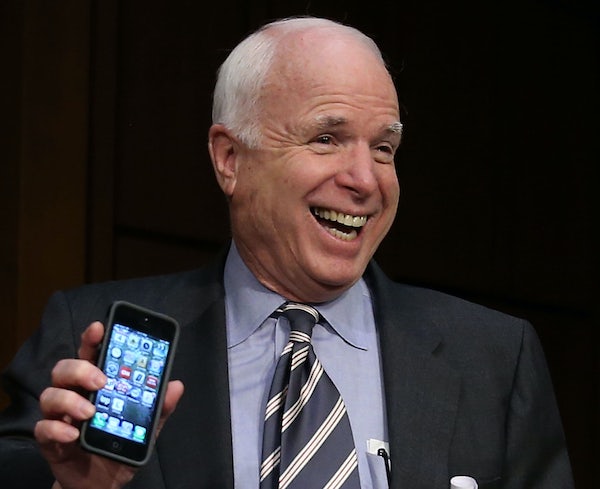 John McCain’s assertion that America is “not Romania” is not very reassuring.

Without even holding office, Donald Trump has raised the prospect of a constitutional crisis with his notions of outsized presidential powers, his swipes against the media, and his racist attack on a judge presiding over a lawsuit against Trump University. But McCain isn’t worried. The onetime Republican presidential nominee, who is a reluctant Trump endorser, is confident that American institutions are strong enough to withstand Trump. As reported in The New York Times:

“I still believe we have the institutions of government that would restrain someone who seeks to exceed their constitutional obligations,” Mr. McCain said. “We have a Congress. We have the Supreme Court. We’re not Romania.”

“Our institutions, including the press, are still strong enough to prevent” unconstitutional acts, he said.

By “Romania,” McCain clearly means Romania under the communist dictator Nicolae Ceaușescu rather than the current democracy. But the very fact that Romania has over the last century transitioned from monarchy to communist dictatorship to democracy points out the flaw in McCain’s logic: Regimes are never stable. Blind confidence that that the system will remain stable is like whistling past the graveyard, unless measures are taken to make sure that dangers to democracy are checked. One easy measure McCain himself could take is to rescind his endorsement of Trump.