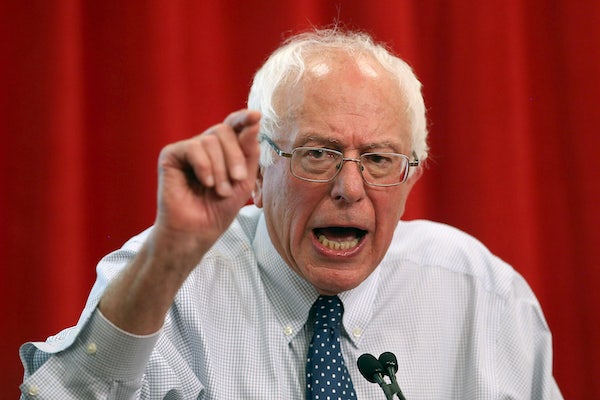 The irony is the superdelegates have become a lifeline for Bernie Sanders.

He has protested their very existence as evidence of a corrupt primary system, and yet his strategy to win the Democratic nomination depends on convincing Hillary Clinton’s superdelegates to come to his side. He might have an easier time of this if he were leading in the pledged delegate count, but it is all but certain that Clinton will edge him out even if he pulls off a big win in California tomorrow. This doesn’t faze Sanders, according to Politico, who told a rally in Santa Cruz last week:

“The Democratic National Committee will tell you it’s not factually correct. The truth is no candidate—not Hillary Clinton, not Bernie Sanders—will receive the number of pledged delegates, that is, the real delegates that people vote for. Neither candidate will have received the number of pledged delegates that he or she needs to become the Democratic nominee. What that means is that the superdelegates will be the people who determine who the nominee is.”

In Los Angeles on Saturday, he added, “The media is in error when they lumped superdelegates with pledged delegates. Pledged delegates are real. The Democratic National Convention will be a contested convention.”

What he appears to be saying is that no candidate will reach the threshold of 2,383 without the superdelegates, which means it would be unfair to say Clinton has won. But in asserting the primacy of pledged delegates, he is also making a very odd argument: that the superdelegates should put him over the top even though he has lost the head-to-head match for pledged delegates. It is hard to see how that isn’t more unfair than the set-up he is assailing.