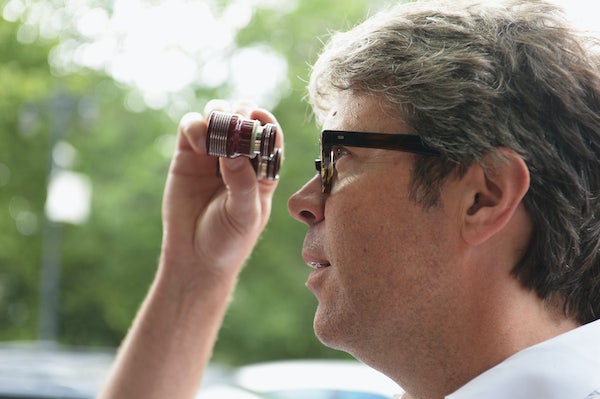 Jonathan Franzen continues his campaign against cats by blurbing a book about how cats are bad.

Great American Novelist™ Jonathan Franzen does not like cats because cats are mean to and often kill his only friends, the birds. In Freedom, the only major contemporary American novel to feature a significant cat-killing subplot, Walter Berglund—aggrieved middle-aged man and likely Franzen stand-in—kills Bobby, a kindly cat whose only crime is his love for the great outdoors. (To be fair to Walter, we’re never told directly that he’s the cat killer, even though he is, and to be fair to Franzen, who was recently great on Jeopardy!, cats are sociopaths.)

Franzen has previously advocated cat genocide—saying, “The bird community’s position is, we need to get rid of the feral cats, and that means cats must die”—so it’s no surprise that he has blurbed Cat Wars: The Devastating Consequences of a Cuddly Killer, which was written by Peter P. Marra and Chris Santella and will be published this fall. It tracks the historical relationship between man and cat, and argues that a small, powerful cat lobby stymied legislation that would benefit humans and birds (mostly birds) everywhere. Here is Franzen’s very Franzen-y blurb:

“Very few people enjoy thinking about the calamitous problem of free- roaming cats and biodiversity, and even fewer dare to talk about it openly. Marra and Santella’s book is therefore doubly welcome. It’s not only important reading for anyone who cares about nature. With its engaging story- telling, its calmly scientific approach, and its compassionate handling of a highly fraught issue, this is also a book that a person might actually read for pleasure.”

Jonathan Franzen is obviously in favor of feline obesity.