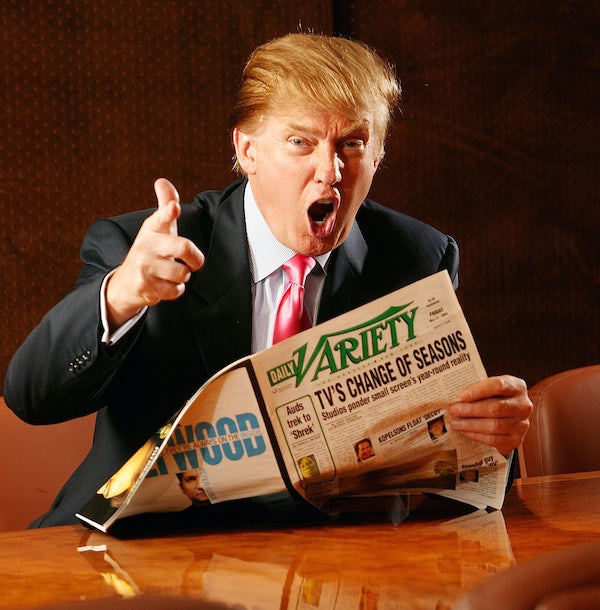 Donald Trump knows who the real racists are.

Trump has been on an island for the past several days after repeatedly making racist remarks about the American-born Hispanic judge presiding over a California civil suit brought against Trump University. Even his allies are unified in the opinion that his comments are bad. Newt Gingrich, who is transparently angling to be Trump’s vice presidential pick, called the comments “inexcusable.” Marco Rubio, who is transparently supporting Trump because he thinks it will help him in 2020, said he was “very disturbed” by the remarks, but that they were the fault of voters who wanted a racist candidate. John Kasich, who is transparently tweeting from an Arby’s somewhere in Ohio, wrote that it was time for Trump to apologize to the judge.

But Trump isn’t heeding the criticism. Instead, he’s doubling down. Bloomberg reports that Trump has ordered his surrogates to defend him, and to go after the judge and the media whenever possible. When former Arizona Governor Jan Brewer told Trump that a memo that went out on Sunday told surrogates that “they’re not authorized to discuss matters concerning the Trump Organization including corporate news such as the Trump University case,” Trump told her: “Take that order and throw it the hell out.”

“The people asking the questions—those are the racists,” Trump said in a conference call. “I would go at ‘em.” How these surrogates will make the case that the real racists are in the press isn’t clear, but something tells me they’ll find a way. “We will overcome,” Trump told his surrogates without irony.