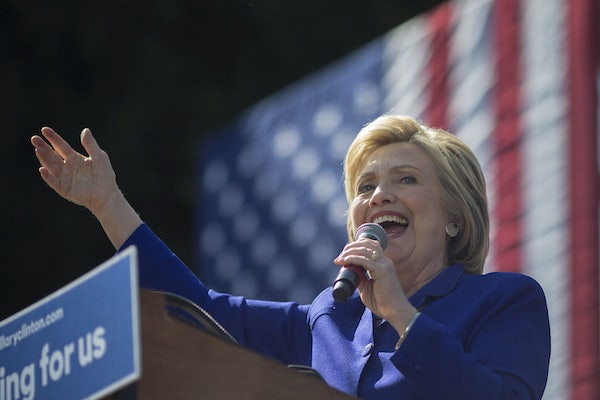 The Associated Press decides not to wait for the California primary, declares Hillary the party’s nominee.

In a single-paragraph article, the AP reports that “a survey of superdelegates shows Clinton with the overall support of the required 2,383 delegates. Now the presumptive nominee, she will formally accept her party’s nomination in July at the Democratic National Convention in Philadelphia.”

This news was supposed to become official tomorrow, when voters head to the polls in six states. By jumping the gun, the AP gets a scoop of sorts, but neither campaign seems happy about it. In a statement, Bernie Sanders spokesman Michael Briggs called it a “rush to judgment.” And Clinton declared “we are on the brink of a historic, unprecedented moment, but we still have work to do,” adding that she is “going to fight hard for every single vote, especially right here in California,” according to Politico.

With the latest polls showing Clinton leading that state by just a couple of points, she has every reason to want her supporters to ignore the AP report and vote tomorrow. If she loses the day’s big prize, it will only bolster Sanders’s argument that he should remain in the race to, in Briggs’s words, “convince those superdelegates that Bernie is by far the strongest candidate against Donald Trump.”