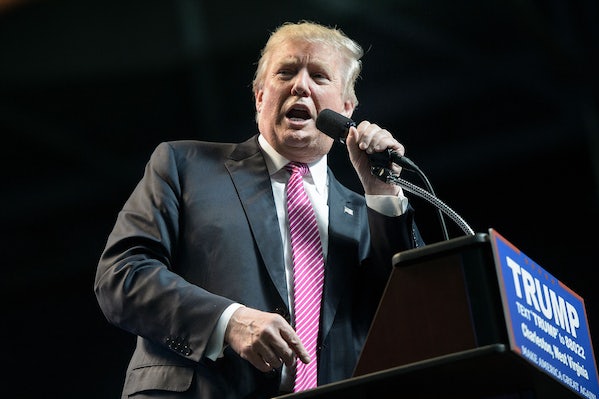 His strategy in New York, a blue state he badly wants to win, also includes lawn signs and a boatload of confidence, according to state campaign co-chair Carl Paladino. “Upstate will give us a wave in this election, and my instruction from HQ is really simple,” he told CNN. “It’s one word: Win.”

As Sara Murray and Ashley Killough reported on Thursday, Trump’s footprint will be similarly light across the country. It’s a simple enough arrangement: deploy a bare-bones staff in the states and flatter the state parties.

It’s a strategy that carries risks. By his own admission, Trump didn’t put together much of a ground game for the Iowa Caucuses last February. He lost to Ted Cruz. But even if the RNC doesn’t have the clearest idea of where Trump has already positioned staffers, state-level leaders like Iowa GOP Chairman Jeff Kaufmann have been receiving signals from the Trump campaign. As Kaufmann told CNN, “What I’m hearing from them is nobody knows Iowa better than you folks.”