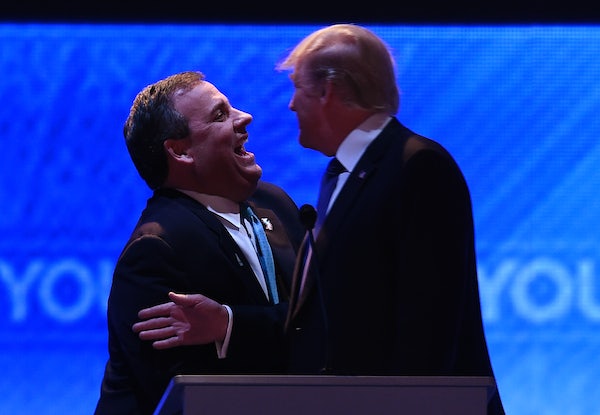 Does Donald Trump make Chris Christie get his McDonald’s for him?

That’s what The New Yorker’s Ryan Lizza is reporting, in his story on the GOP’s tortured relationship with Trump:

Governor Chris Christie, of New Jersey, another of Trump’s opponents early in the campaign, has transformed himself into a sort of manservant, who is constantly with Trump at events. (One Republican told me that a friend of his on the Trump campaign used Snapchat to send him a video of Christie fetching Trump’s McDonald’s order.)

If you have video of Christie getting Trump a Big Mac (Trump’s preferred McDonald’s meal), we will give you a $10 McDonald’s gift certificate.