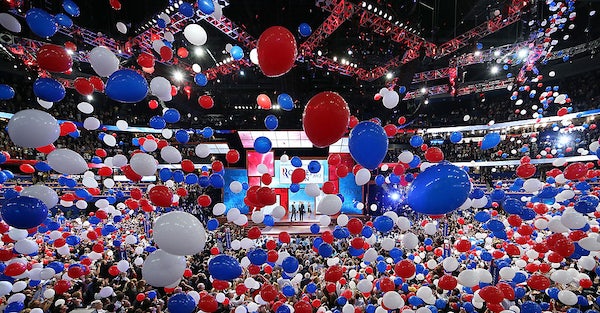 A lot of major corporations want nothing to do with Donald Trump.

Bloomberg reports that Wells Fargo, UPS, Motorola, JPMorgan Chase, Ford, and Walgreens, all of which sponsored the last RNC in 2012, will not be sponsoring this year’s convention. None would comment publicly as to why—and Bloomberg reports that some said they’d bow out of both the Republican and Democratic conventions—but it seems likely that Trump’s candidacy is the reason they’ve decided to stay home. After all, it’s why the entire Bush family (Presidents George H.W. and George W. and sad low-energy loser Jeb) and Mitt Romney are skipping the event.

The decision to skip the convention is probably about business, rather than politics. Corporations tend not to like divisive issues, which hurt business, and Trump is nothing if not divisive. Declining to attend the RNC in Cleveland likely has more to do with the bottom line than with, say, Trump’s proposal to ban Muslims from entering the country. Still, the RNC isn’t without sponsors: A number of big oil companies will be there, as will AT&T and Bank of America.