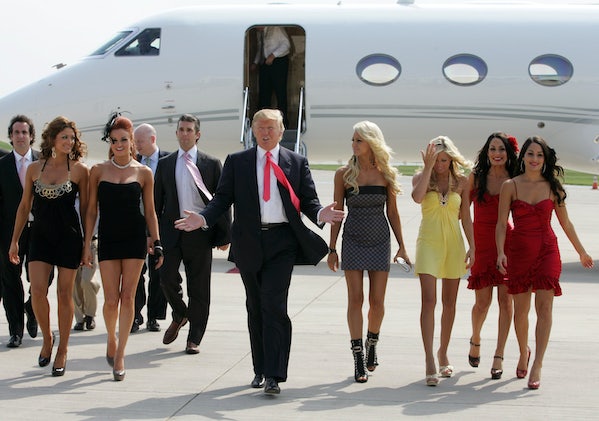 Donald Trump has only 30 paid staffers.

That is not very many staffers! Trump’s camp is trying to spin this as a good thing, emblematic of Trump’s idiosyncratic personality and media-fueled campaign. “It would be disingenuous and wrongheaded to take a playbook that has been used over and over again,” Trump senior aide Karen Giorno told the Associated Press. “We are creating the playbook.” The playbook, in this case, involves relying on the RNC to lead the way on a state and local level. Theoretically, the RNC will locate people who know the terrain better than Trump does and these people will do more efficient work based on their expertise. But this is assuming a lot of the RNC, which, the AP points out, could decide to cut its losses and focus on maintaining its control of Congress, if Trump looks like he’s going to get annihilated in November. “The presidential campaign is going to want to have someone on the ground whose interest is 100 percent Donald J. Trump,” said Beth Myers, a longtime aide to Mitt Romney. “Most campaigns by June would have that person in place in key states.”

Trump does not have that person in place in key states. He is way behind Hillary Clinton in both money and infrastructure, and campaigns are often won or lost in the period leading up to the convention. It increasingly looks like the 2016 election may end before it even really begins.