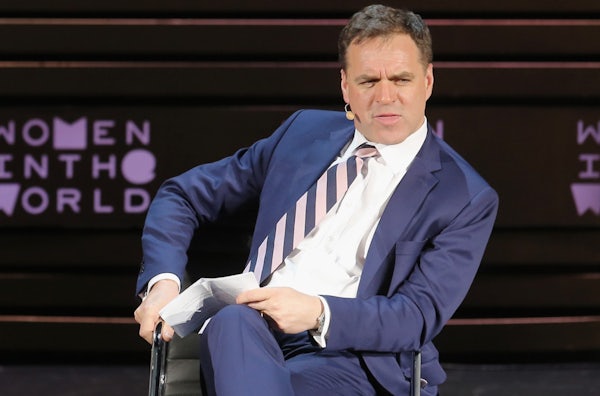 Niall Ferguson would like to remind you that he Brexited his marriage.

As Britain wrestles with a divisive debate over whether to leave the European Union, the historian is naturally reminded of battles past: the First World War and his bitter 2010 divorce from Susan Douglas. In a cringe-inducing column in The Spectator, Ferguson linked up Brexit, World War I, and the wounds inflicted by his ex:

I suppose there are such things as amicable divorces. Mine wasn’t. Like the First World War, it was fought for more than four years, and ended with the Treaty of Versailles (by which I mean that it imposed territorial losses and the payment of annual reparations for a very long time).

Which brings me to Brexit, the ultimate divorce...

Ostensibly a defense of the “Remain” side of the Brexit debate, Ferguson’s column keeps returning to the scars that Douglas left on him. At times Ferguson sounds like the parody pundit Carl Diggler, who has a habit of linking every public event with his failed marriage.

By offering too much information about himself, Ferguson inadvertently offers a clue as to his politics. After all, if his divorce left him prostrate like Germany post-Versailles, then we can more easily understand why, like the Germany of the 1930s, Ferguson is so attracted to imperial conquest.