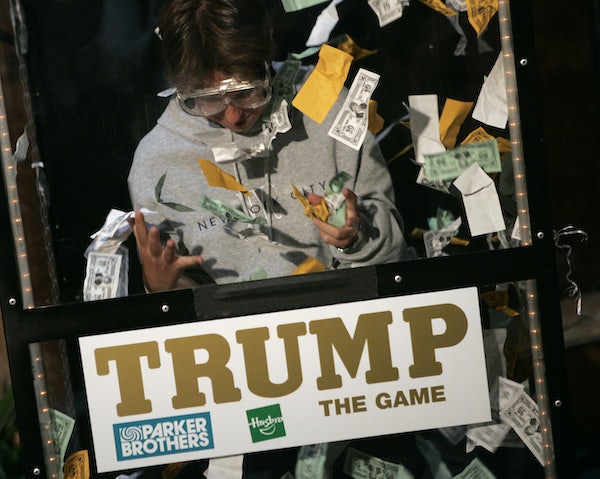 Is this why Donald Trump won’t release his tax returns?

They have been one of the most persistent mysteries of the 2016 election cycle. Refusing to release his returns has undoubtedly created political fallout, the thinking goes, therefore Trump must be hiding something substantial. But what?

The conventional wisdom for much of the year has been that Trump is hiding the fact that he is not as wealthy as he claims (Tim O’Brien’s Trump Nation makes a very compelling case that he is not), or that he pays no or almost no income tax, or both. (It should be noted that Trump’s tax returns almost certainly would not reveal his net worth.) But recent investigations by The Washington Post suggest another possible answer to the riddle: Trump has a charitable giving problem.

Back in May, the Post found that Trump had not given the $1 million he had promised to veterans charities at a January fundraiser—he eventually began cutting checks, but only after the Post published its story. Now, the Post has turned its attention to Trump’s charitable giving over the past decade and a half, a period in which Trump promised $8.5 million in donations, but gave only $3.8 million (including the $1 million to veterans’ groups). He’s given less than $10,000, moreover, since 2008.

Trump’s charitable giving is out of step with his supposed peers but the most notable aspect is how often he makes promises and how rarely he delivers—a practice the Post traces back to the 1980s. But Trump’s team denies that he hasn’t followed through. They claim, preposterously, that “he has given away millions privately, off the foundation’s books.” Of course, the only way to confirm this would be if Trump releases his tax returns—statements like that all but guarantee he won’t.